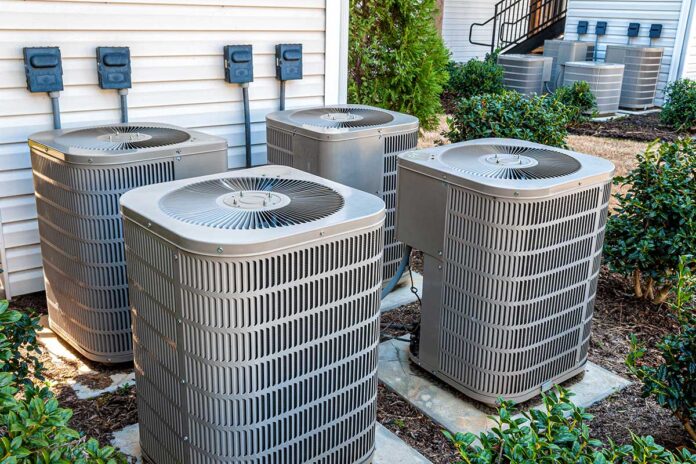 Melbourne’s reputation as a city with four seasons is well-deserved. A phrase that emphasizes not just how extreme the weather can be but also how fast it can change. We often wonder whether ducted air conditioning or split system air conditioning are better options because we shelter from some of these extremes and abrupt changes in weather. We’d tell you the truth if it were a simple black or white matter, but it’s a little more complicated.

Lenny and Kenny are two different customers who come to mind here. They both have a wife and a young child, and they are in the process of renovating their houses, which includes installing new air conditioners. His spacious house is neat, uncluttered, and comfortable because he has a high disposable income ducted split It would be great to have a system that cools or heats the whole house. A modest budget is what Kenny lives on, and he enjoys a small home where he tends to spend time with his family. The main thing he wants for the living room is to keep it at a comfortable temperature.

Ducted Vs. Split Air Conditioning: What Are the Differences?

Air conditioning with ducts requires more effort, specialist installation, a suitable residence, and a higher upfront cost. In general, a full setup starts around the $8,000 mark depending on the size of your home. It is typically cheaper to install split systems, and they can be done room by room if the cost needs to be spread out over time. The prices for these units tend to range between $2,000 and-3,000, depending on the unit’s capabilities.

Split systems operate on an individual basis, so their running costs can be lower than those of ducted systems. However, zoned ducted air conditioning (so that you can turn it on for individual rooms) can be beneficial for controlling where it’s running and potentially lead to lower running costs.

Small and single rooms benefit greatly from split systems. A larger 8kw unit will be necessary to maintain proper cooling in a larger room. It is better to use ducted air conditioning for covering large areas and controlling a constant temperature throughout the house.

Noise issues are becoming less prevalent as technology advances. Split systems are often quiet; however, ducted air conditioning is quieter. It is typically a sign of a problem that requires maintenance when a split system is noisy.

The ducted system is discrete from the outside. In addition, the outlets are flat and small and are mounted to the ceiling. In contrast, split systems have bulky, visible wall units. They both have outdoor compressor units outside the house.