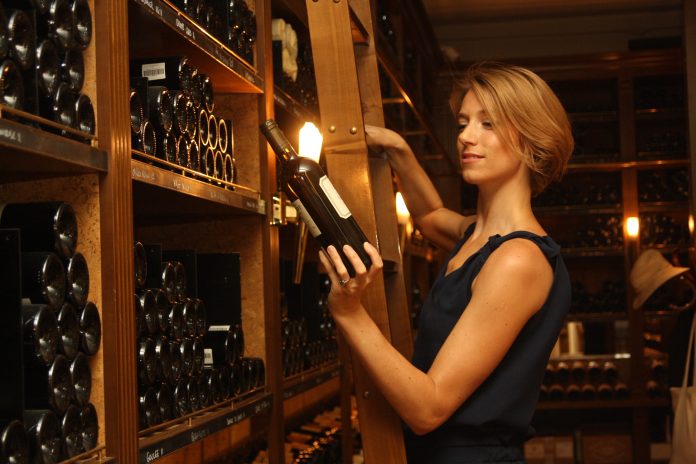 Women are gaining a greater appreciation for the art of winemaking and other facets of the wine industry. But there is still a long way to go. While women make up a significant portion of the workforce, they are often underrepresented in decision-making positions, especially those related to winemaking. In fact, many companies struggle to find women to fill these positions, even when the job requires a college education.

The wine industry, especially in California, faces several gender discrimination issues. For instance, women occupy only 14% of the head winemakers in California and only 6.6% of senior leadership roles. In addition, salary discrepancies are widespread in other areas of the wine trade. There is a growing number of women-centric groups in the wine industry. Some of these are promoting inclusion of LGBTQ2S+, and others raise awareness about gender discrimination issues. The Wine Empowered organization is an example. It offers a tuition-free program for women interested in pursuing a career in the beverage alcohol industry. They have launched a self-funded scholarship fund that awards 12 female recipients $37,500. Another notable organization is Women of the Vine & Spirits. This trade group is dedicated to the advancement of women in the wine and spirits industries. One of their initiatives is the annual Women in Wine Leadership Symposium.

It is no secret that the ladies are hot and the wine industry has grown by the minute but a little bit of grooming goes a long way if you want to keep them happy. In addition to the usual suspects, we’ve got a few female vintners in the house. Most are the female persuasion cloakers but there are a few who get their grooves on a regular basis. Keeping them happy in an understaffed and under funded industry is no small feat. The biggest challenge of all is finding a good time in the right environment. Thankfully, they have a few savvy women to talk to and there’s always a bottle of wine in the works.

Women of the Vine & Spirits

women’s role in the American wine industry & spirits is a group of women dedicated to improving the status of women in the beverage alcohol industry. The organization supports women-owned businesses, promotes gender diversity, and develops talent within the industry. Founded in 2006, it is a nonprofit organization that works to change the imbalance in the wine and spirits industry. As the leader of the Women of the Vine & Spirits (WVS) organization, Deborah Brenner knows that the industry is in need of diversity. She founded the organization to empower women, encourage networking and build talent. With the help of a strong collective of smart, diverse women, the organization strives to improve the visibility of women in the alcohol beverage industry. Women of the Vine & Spirits offers web-based training and regional gatherings to educate members about the industry. It also provides scholarships for women in the hospitality and hospitality-related industries.

In the early days of the American wine industry, women hardly existed. In fact, the Judgment of Paris was a catalyst for the rise of women in the industry. Women like Mary Ellen Pleasant were among the pioneers who helped make the California Gold Rush a place where women could thrive. Today, the wine industry is a $62 billion business. But despite this, there are still numerous barriers to women in the trade. One of the most important is sexual harassment. Men have been largely silent on this issue. Fortunately, legal and cultural changes have been made over the years. One of the most interesting findings of this study was the emergence of the “associationism” initiative. It aims to promote women in the trade by linking them with other women in the industry.

Le Donne del Vino is an Italian wine society with the goal of promoting women in the wine trade. The organization is comprised of a diverse group of researchers, academicians, journalists, and winemakers. Founded in 1988, Le Donne del Vino promotes the importance of women in the Italian wine sector. This organization has an active membership of over 800 members and serves as an advocacy group for women working in the wine industry. Among the members of the association are sommeliers, oenologists, restaurateurs, winemakers, and wine journalists. Its membership is growing. Some of the prominent members include Donatella Donatelli, Anna Marchesi, Maria Teresa Basile Varvaglione, and Valeria Zavadnikova. Women in the American wine industry continue to make their mark on the industry. For example, Nadine Gublin is a winemaker at Domaine Jacques Prieur. She is the first woman to receive a Winemaker of the Year award. She also has her own wine shop and is involved in the Wine Tourism Movement.